KLG and Hoda, One of the Favourite Show for most People have completed 10 Years and now Celebrating its 10th Anniversary. As a Celebration, Kathie Lee and Hoda have come up with  KLG and Hoda’s 10th anniversary TV giveaway in which they are giving away 50-inch Hisense Roku TV to 10 lucky viewers so that they can use to continue watching the ladies Daily. So Go Ahead and Enter now to Win TV from Kathie Lee and Hoda TV! Entries Open till 5 PM, 6 April 2018

In This Kathie Lee and Hoda Television Sweepstakes, 10 Lucky Winners will be selected on the basis of Random Draw and get a Giveaway Prize of Voucher to Redeem Hisense Roku TV. 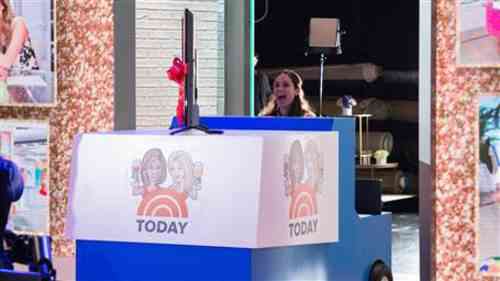 Ending Date: KLG and Hoda Television Giveaway will be ended at 5 pm, April 6, 2018 (According to ET Zone)

Open to Country:  Legal Residents of 48 continental United States and District of Columbia (excluding Alaska, Hawaii, Puerto Rico, Guam, the Virgin Islands and other United States territories) who are at least 18 years of age are eligible to Enter “Win Television from KLG & Hoda” Giveaway

How to Win Hisense Roku Television from Kathie Lee and Hoda?

ABOUT US
Giveaway Point helps you to discover Latest Giveaways, Contests and Sweepstakes. Visit our Website everyday to get daily dose of best online Sweepstakes & Giveaways
FOLLOW US
Copyright © 2022 GiveawayPoint.com